In the late 1300s, experts point to drought and other environmental stressors impacting the Puebloan people in the Southwest leading toward societal collapse. My people, the Diné, the Athabaskan-speaking migrants from the north, also began to place pressures on these societies. Resources like food and water became increasingly scarce, and preventing theft or raids by other groups was paramount to survival.

by Len Necefer (This piece is published in Volume 15.)

A few years earlier, when things were more stable, the thought of scaling the cliffs above the community to store food was likely not the first consideration of many within these communities. However, as stressors began to increase, these cliffs looked more enticing, as they provided the best protection for food stores from raids. Some of the more accessible cliffs had already been looted many times before; now the pressure was on to find a more permanent solution. Those yucca cords that had been used in the past few years were not enough; they needed to be thicker and strong enough to hold a person’s weight to access cliffs that had been inaccessible before. The thought of dying from a cliff fall or a rope breaking was likely less intimidating than a slow death from starvation.

The brittle fibers run coarsely below my palm as I give yucca strands a few more twists rolling it against my thigh. I stop and sit with a slight frustration—I cannot believe how long this is taking. I sit looking at the watery pulp covering my hand. A bead of yucca liquid runs down my palm and snakes around my wrist then onto the ground. A few hours earlier, I thought I could easily make a short cordage to see what use it could have in a climbing application for this story. Clearly, the first step in this process is patience and persistence. Most of my patience and persistence was spent prior, from pounding and scraping the leaves into a pulp to get these fibers. Clearly this new “climbing” project is a few grades higher than what I remembered it from years ago as a kid. 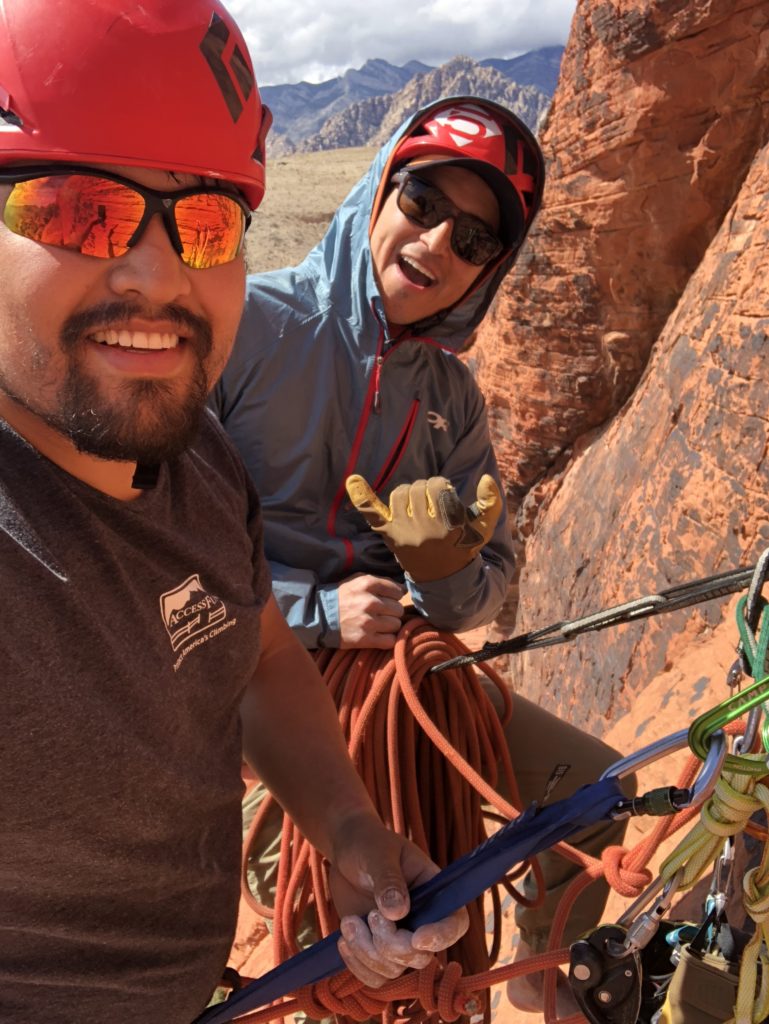 I grew up seeing yucca plants around my family’s home in Red Valley, Arizona, on the Navajo Nation. I knew little about its use aside from as a soap and cordage. The yucca is a plant that covers vast regions of the arid Southwest, southward into Mexico, north into the Rocky Mountains, and into the northern reaches of the Dakotas. In the Southwest, the yucca is one of the most significant plants to the indigenous people of this region, largely due to its amazing utility. The uses almost seem endless: edible portions include the fruits of some of the species and flower spikes of most of the species; the roots and stems can be made into soap; the roots can be used for tanning; the roots have also been used as a medicine to treat a variety of inflammatory conditions. (Before you ingest anything, I recommend doing your own research. I don’t take any responsibility for barfing-related events in The Creek.)

By far, the most useful piece of this plant was the fiber. The fiber was often used in straight bunches, bundles, or twisted into cord for everything from nets, bowstrings, sandals, cloth, snares, to name a few. The Ancestral Puebloans, having an intimate and developed knowledge of yucca fibers, created a variety of twines for specific uses. Places like Indian Creek and Red Rocks are two well-known climbing areas in which some of the greatest use of yucca-root cordage occurred. The Ancestral Puebloan people used yucca extensively—so much that yucca in nearly every stage of production has been found in ruins throughout the area. In part, this speaks to its ability to resist decay compared to many other materials.

The gears of conjecture began turning after I watched Camp4Collective’s film The Last Honey Hunter. The film documents the story of a honey hunter in a remote region of Nepal who climbs three-hundred-foot cliffs on a homemade bamboo rope ladder to collect a hallucinogenic honey. He has no secure attachment to the rope ladder and is often being swarmed by angry Himalayan bees.

I caught up with Renan Ozturk for a quick climb in Salt Lake City a few months ago and was curious to ask him about this project. He explained that the bamboo rope ladder was made by hand and treated with smoke and ash over a fire to give strength and durability. I wondered if one of my ancestors that spent time around The Creek a few hundred years ago imagined repurposing or developing this cordage into a safety device to move through the cliff bands above. There are many cliff dwellings and granaries across the Four Corners region whose existence points to the use of technology to overcome logistical challenges of accessing them. Ropes were a necessary tool for lifting and lowering loads up cliff walls or simply to access the sites. 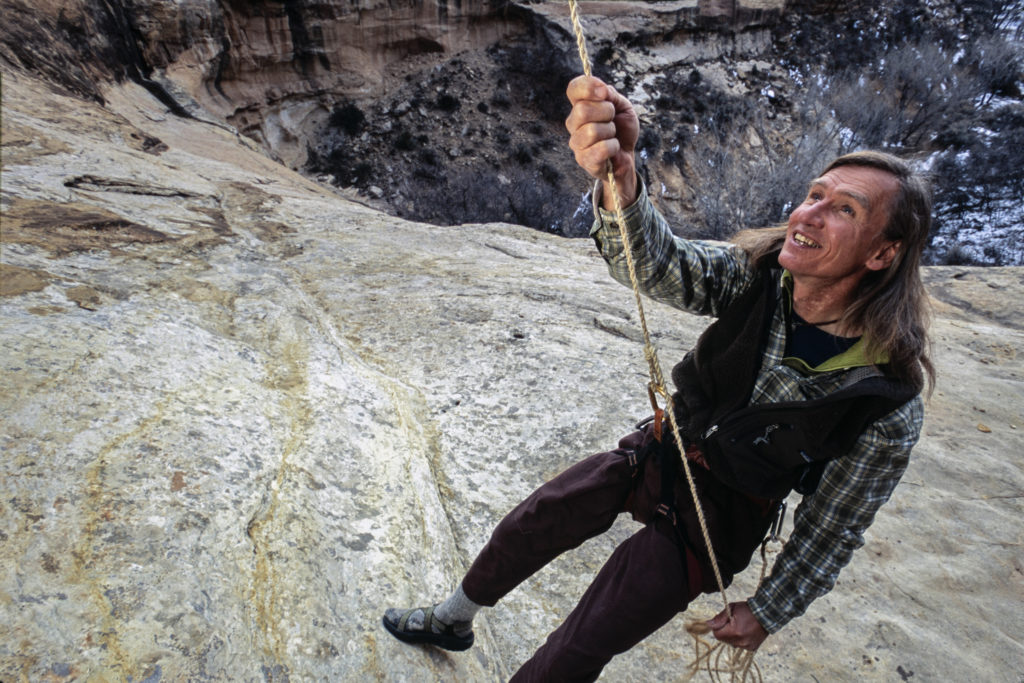 I searched for answers in academic literature, and I found one interesting result from the field of experimental archeology. In the early 2000s, Eric Blinman, now the current director of the New Mexico State Office of Archeological Studies, David Roberts, and Vaughn Hadenfeldt undertook a multiyear effort to manufacture two ten-meter-long yucca ropes using Anasazi techniques. In 2004, the trio had constructed two ropes—one measuring a quarter inch and the other three quarters of an inch in diameter. They soon discovered that under real-world conditions, these ropes worked well as static lines being belayed from above. Later in 2004, they wrote a short piece for the September issue of National Geographic in which REI tested the rope’s tensile strength in their in-house facilities. On average, the thicker rope broke under a load of 456 pounds, the thinner at 233 pounds. Later, testing showed a half-inch diameter rope could easily hold more than seven hundred pounds of static load. Since the yucca rope has nearly no give, it’s reasonable to think it could hold a person—but not a whipper. This few thousand years of technology could facilitate access to a number of these granaries we see throughout the Southwest. 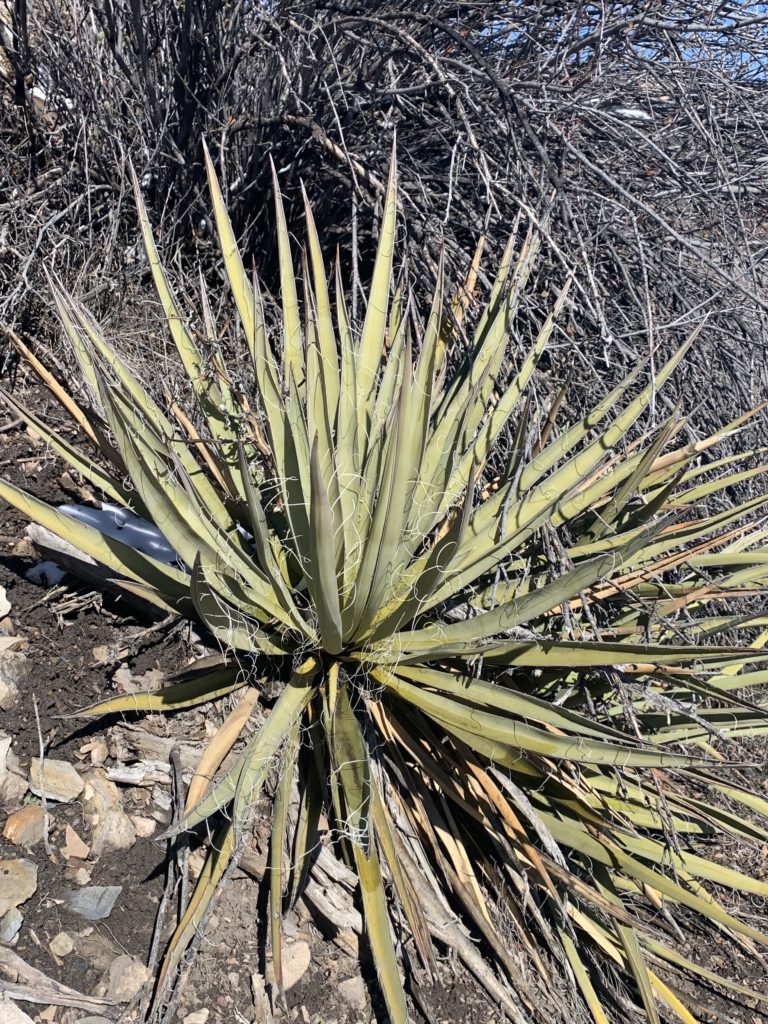 The ancestors who scaled these cliffs would likely be perplexed by our pursuit of climbing for recreation and not out of necessity. I’m sure that they would question how many resources we dedicate to it and suggest that we could place them toward preparing for tougher times. Just as we would look at these yucca ropes as a waiting death sentence, I’m certain these ancestors would look at a cam and have the same thought. Climbers today need to see climbing as a means rather than an end. The skills we are developing to move through the landscapes safely and quickly are useful and important skills that may serve future generations should these hard times come again. When out in the cliffs, I try to honor and respect this history by taking time to learn about it and ways I can ensure it’s preserved for folks after me. In a way, this is my own form of an offering—giving my time to learn about those that came before us.

After a few days, I returned to making the yucca cordage when the frustration wore off. Learning about the potential of these fibers gave me motivation to finish this project and gave me some deeper insight into my own cultural heritage. I won’t be replacing any of my ropes soon; however, I could see the cordage being used as a gear sling and other lighter applications. At a minimum, it’ll be nice to have the yucca cordage as a reminder and a conversation starter about the history of the places we climb.

Len Necefer, PhD, is an assistant professor in both American Indian Studies and the Udall Center for Public Policy at the University of Arizona. He is also the founder and CEO of NativesOutdoors and is a board member for the Honnold Foundation.